Southport Raw Bar History:  How It Got Started.

It all started in the early 1970's when two New Yorkers came to town and stumbled upon this cute little beer and wine raw bar that at that time was owned by a man called Ted Twist. We will talk a little about Ted further along. The two chaps from New York, Carmine and Mickey, were in the printing business together and decided to move their families down to Florida and try their luck in the restaurant business. At that time Fort Lauderdale was still a very undeveloped little beach town. Who would have thought that it would become one of the most desirable places to live in Florida, not to mention the Country. 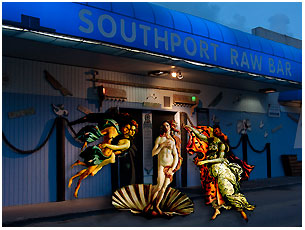 The little raw bar the boys purchased just happened to be on the water and had a few dock slips. The raw bar at that time was very small, just one room and kind of dark. I have heard some of the old timers tell me that Johnny Weissmuller, the actor who played the best of the Tarzan characters and who used to live on Las Olas Boulevard, was a regular back then and that after a few beers he would let out his famous 'Tarzan Call' at the bar! 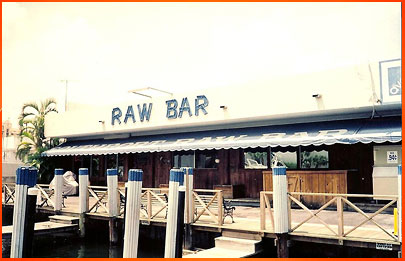 It seemed to be the place to hang out and run into old friends, not to mention to eat fresh oysters and clams and a cheese steak to die for! Ted Twist had quite the reputation in town. Stories of his escapades still carry on to this day and not a month goes by without some customer showing up and mentions his name and tells me some colorful story that happened on a visit to Ted Twist's bar. Ted, for some reason, wanted to open a full liquor bar and found a place on Federal Highway. This was the perfect opportunity for the boys to jump in and make an offer on the Raw Bar. I am not positive, but I think that Ted thought that these guys would never make it and that he would be getting his bar back, along with keeping the healthy deposit and a few payments they had made. The History Lives On... Well, they were very successful after all and the rest is history as the Southport Raw Bar lives on. Over the past fifty plus years we have served many famous people and many generations of locals and we plan to be here for quite some time. Carmine and Mickey started selling their share in the restaurant in 1998 and the three managers, Jack, Pat and Buddy, purchased the Raw Bar. Between the three of them they have almost one hundred years of experience at this restaurant and plan to have many more! 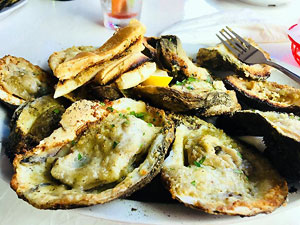 Are you getting hungry yet?.

Top of the page is waiting for you Mon!!